The area of Bang Kapi has a history dating back to Rama III's reign when Chao Phraya Bodindecha (เจ้าพระยาบดินทรเดชา) led a troop to fight rebels in Champassack and Louangphabang and brought back people to settle there.

When it had grown in size, Bang Kapi was established as an amphoe of Phra Nakhon Province. It was once very large but has been split many times to form new amphoe and districts.

In 1966, the Huay Khwang sub-district and parts of the Bang Kapi sub-district were spun off to form Phaya Thai District.

In 1972, Phra Nakhon and Thonburi were joined as the single province Krung Thep Maha Nakhon. Administrative districts in the capital city were changed from Amphoe and tambon to districts (khet) and sub-district (khwaeng), respectively. Bang Kapi thus became a district of the newly combined province, having at that time nine sub-districts.

In 1977, the Sam Sen Nok sub-district was moved to Huai Khwang District. 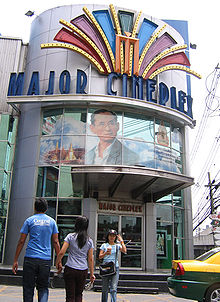